1) WRONG: « Someone who has more deaths than me, or lots of deaths, is automatically a bad player. »

A lot of things can explain why a player got lots of deaths; there are many reasons and the context is the most important. Why did that player die so much?

– Maybe he’s tired, hungry, angry, unfocused on the game, not an expert with this character…, it doesn’t mean he’s bad in a general way. Maybe the context is not good for him right now. If you insult him, it will not improve the situation.
– Not an expert with this character? During the lineup, did he complain about the role he was about to play? It’s the team’s fault if he said he wasn’t able to handle a specific role and the team didn’t listen.
– Is the team’s setup unfavorable for him? You shouldn’t neglect the importance of the team’s composition; some characters are countered, by nature, by other characters.
– Is he a frontline character? Characters that fight in the front, like melee and tanks, have a higher chance to die.
– Is he squishy? Do the other teams engage and focus on him a lot?
– Is he dying because he’s not in the right place, at the right time? Or maybe he’s THE ONLY ONE in the team to be in the right place, at the right time, which means YOU’RE not there to help.

These are just examples! We could find other reasons. The help provided by a support role is always inferior to the DPS of the enemy’s team; that’s why it’s called support.

By nature, he can’t SAVE everyone. Playing with a support character in the team does not allow you to throw away your self-management and survival instinct. You have to pay attention to YOUR cooldowns, but also the OPPONENTS’ and YOUR support’s. 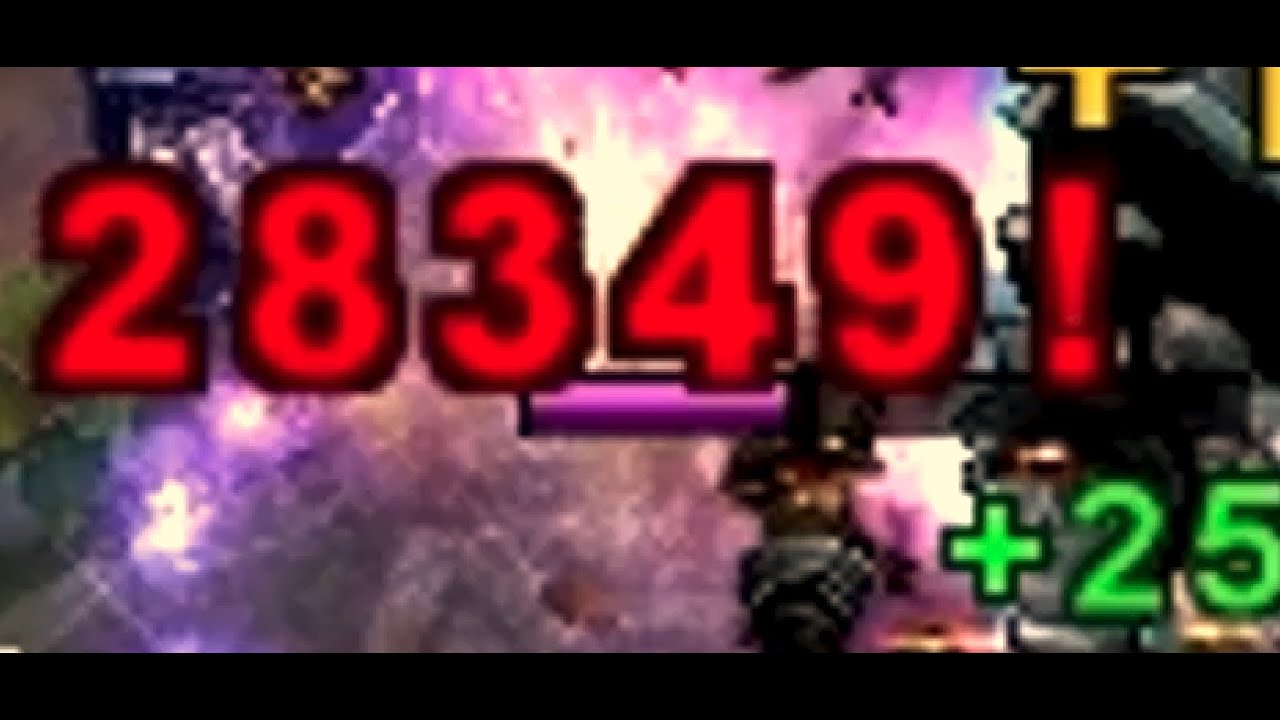 Leaderboards record all damage dealt, useful ones as well as useless ones.

– If you’re playing a character that has a lot of burst damage and if you engage fights alone and then die after delivering your huge damage, you will probably be ranked first on damage dealt; but it will be useless as your teammates will have to fight 4 versus 5. And their support will probably heal all the damage your dealt. You have to understand when it’s the right time to deliver damage.
– If you’re playing a character that pokes a lot, perhaps you can be first ranked on damage dealt; but during team fights, your role may be to take down your opponent’s DPS or support, which may involve taking more risks, and having less total damage. Simply damaging the first hero you can target could sometimes make you the weakest link.
– If your first focus is the tank all the time, all the damage dealt will be mitigated thanks to his toughness, huge life bar and support heals/shields.

It can be explained in other ways, but sometimes it’s BECAUSE you’re first ranked in damage dealt that your team dies.

This is also true for tanks: taking the most damage does not mean you’re doing a good job. Maybe you engage way too soon and too fast, your team can’t follow up and you die before they can engage… you’ll definitely be first ranked at damage received if you play like that.
It’s better to learn WHEN to take damage: to protect allies, secure objectives or doing damage yourself. 4) WRONG: « A character not played means it’s a bad character. »

A character not played maybe just means it’s an unpopular character, but it could be really effective depending on the context.
Since MOBA exists, for more than 10 years, it happened all the time that a character was not played until a pro-gamer played it and destroyed everyone; then everyone played it and developers had to nerf the character, or even sometimes, completely rework him.

But the game is not the same depending on if you are a pro-gamer or a complete beginner: for example, in Heroes of the Storm, as I’m writing these lines, Lt. Morales is a powerful continuous healer but she’s not really played in high ranked games and never banned, because of her lack of escapes and her vulnerability against characters that have engage skills.

Meanwhile, beginners ban Lt. Morales a lot and if she’s not, having her in your team is almost an instant victory. Why? Simply because beginner players always focus on the tank, not the support nor the damage dealers; in that context, Lt. Morales is overpowered.

The opposite is also true, some people called it Mobacharphobia: « usually happens when you constantly meet a specific char being played so well, that he will look OP or broken. It usually happens to new people in the game, and can be easily healed by increasing your playing skills and giving your character a better build. » 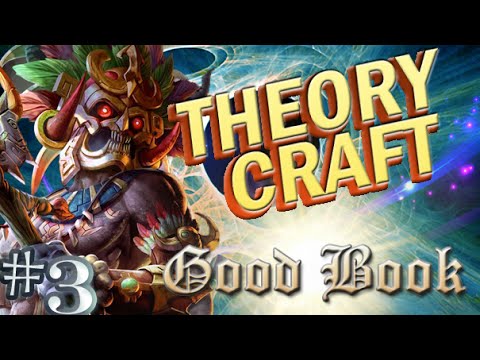 5) WRONG: « Theorycraft is the most important thing in a MOBA. »

The most important thing is the way you play your character. Theorycraft knowledge is extremely important for pro-gamers because they master their characters, but you’re not a pro-gamer.

If you don’t play the way you feel comfortable, you’ll make mistakes and you’ll lose. For example: you don’t have to force yourself to buy items with active powers if you never use them. On paper, that item is better than another. But by never using its active power, YOU make it worse.
This is just an example amongst many others. Theorycraft knowledge has an impact on the game ONLY if you play your character correctly, if you’re united with your team, if your team is played as a one human being.

Otherwise, theorycraft will just lead you to a wrong analysis of the current game and bad arguments/bad faith behavior. 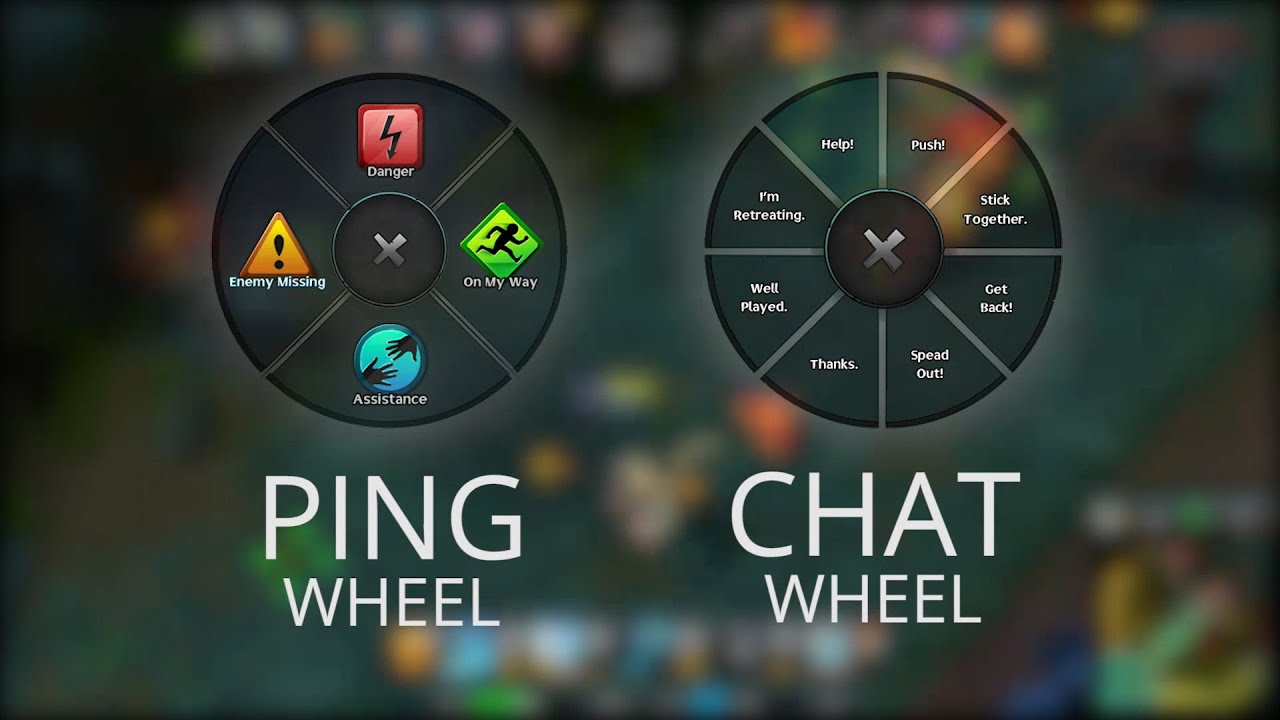 It’s better to make a mistake with 5 players playing together than trying to do something great with different goals. A bad call can change into a good one if everyone plays it like it was the action of the game.

Depending on the time it takes to explain why it’s not a good call, sometimes the better option is saying nothing and to give your best as much as possible.

As you have already seen above with #4 and #5, pro-gamers don’t play the way you are supposed to play at your level.

I will explain it a last time, with an example not thanks to a MOBA game, but thanks to Starcraft and the very popular « Zerg rush »:
– For beginners, doing a zerg rush will be extremely effective because people there are slow, with a low APM and have no idea how to counter such things that fast. And even if they know how to counter it, they don’t have the skills to do it.
– For advanced players, a zerg rush is no longer effective as people know how to counter it and players doing it don’t know how to handle both the economy and the rush at the same time. This means if the player fails his zerg rush, he lost.
– For experienced players, zerg rush is effective again if the attacker can be both on the macro and micro-management sides, being able to continue the game if it fails. The opponent who endures the zerg rush loses a lot of time and resources to counter it and is outplayed by his opponent.
– For master players, zerg rush is a huge risk but balanced: both the attacker and the defender know how to manage both battle and economy at the same time. Most people want to play as DPS. If you master only that role, you cannot be effective in ranked games, because you cannot adapt to the setup and therefore to your team.
Being effective in ranked games and mastering one role can only happen if you master almost every character of that role to cover all possible setups, and assuming you’re the only noob who masters that role only in your team. Mastering at least 2 roles makes you more flexible.

But the truth is, you have to master all roles and all popular characters to be extremely efficient, even if you always play the same one. Indeed, playing something/someone is the best way to discover which strengths and weaknesses that role/character has and you’ll be able to see more easily if your opponent is making mistakes and how you can exploit them. People who always want to do team fights and kill other people make a huge mistake. The best way to have more XP/Gold than your opponent is to keep control of the farming/soaking sides.
Killing enemy characters is good for securing lanes, objectives, jungle mobs, buffs, merc camps, push… but XP/Gold is mostly granted by your minions’ management!

What are the 4 components required to perform in ranked games, except buying an account? Skill is the first one, of course, but there are also:
-> Time: you have to complete the games to rank up, which requires a lot of time.
-> Luck: Being the only good player in the team with 4 complete beginners versus 5 low-average players is a defeat.
-> Will: Indeed, there are lots of good players who are unranked or don’t want to climb the ladder, because it’s not their objective; it’s not the reason why they play.

For obvious reasons, someone in a high ranked league is not necessarily good too (bought HL account, power leveling, smurf…).

Judging someone by his ranking is a cognitive bias called the « halo effect », it’s like judging people by their skin, nickname, avatar and so on.
Of course, this can be true for people with not a huge amount of games. If a gamer is stuck at a specific league with more than 200 or 250 games trying to get out, then he’s probably at the right place and should improve himself somehow to get higher ranks. BONUS WRONG: « Games without this is for noobs! »

What gamers should learn about game design, is that it’s not the complexity that makes a competitive game, but the depth. A game can be perfectly very accessible but also having a lot of depth, in that case we say « easy to learn, hard to master ». For example, the Go has no items, no last hits, no experience, no ultimates, no passives, no lanes…
Just a square-patterned board (called Goban) and 2 types of pawns (called stones, they are black and white), however the depth is real and the metagame too!

Each element you remove is reducing the complexity of a game, which means errors from players are usually more punitive. The less mechanics in the game, the less you can rely on them, the more you have to rely on your personal skill and team play to make the difference.

We don’t play for the same reasons, we don’t like the same mechanics, but we have the same passion. Gamers: don’t be divided, be united.